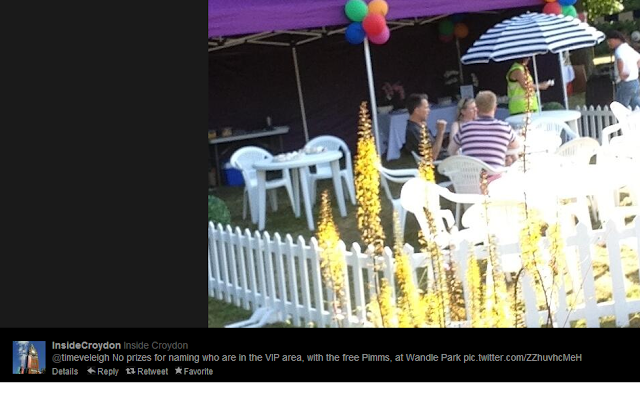 There were further developments in the so-called ‘Pelling Revolution’ this evening as covert photographs taken at the Wandle Park revival day were published online by Labour supporting blog Inside Croydon. The images depicted respected senior Labour Councillor and Deputy Leader Stuart Collins having drinks with a Conservative Councillor with the caption, “No prizes for naming who are in the VIP area, with the free Pimms, at Wandle Park.”

The blog is authored by Steven Downes and Andrew Pelling, the former Tory who is said to be at the forefront of Croydon Labour’s transformation. He was given maximum publicity and the flagship seat of Waddon just weeks ago. 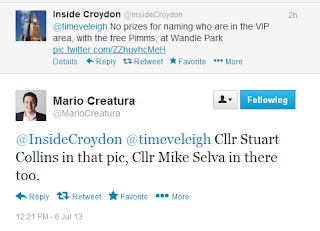 The revelations that Mr Collins is being targeted by his own side will come as shock to local Labour loyalists, who are already reeling from the sacking and public humiliation of domestic violence campaigner Karen Jewitt and Paul Smith.