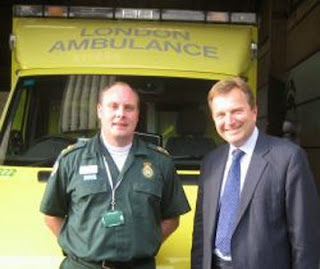 CROYDON Labour’s flagship candidate has been hotly tipped to become the official Parliamentary Candidate for Holborn and St Pancras – triggering a costly by-election in the swing ward of Waddon, to which he was elected this May.

According to a report in the Camden New Journal, Pelling was signed up to compete for the Parliamentary seat against other Labour big hitters.

A Tory source said, “It’s well known that Pelling was using Waddon as a stepping stone so he could get back into Parliament. His Labour colleagues must be very disappointed that they’ll be facing a by-election in Waddon because of his self-serving actions.”


Pelling, who threatened legal action against Labour colleagues last year, quit the Tories after his ex-wife accused him of assault.
Posted by Unknown at 01:22